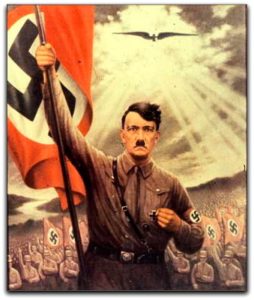 At the last Liberty Conference, an intellectual brawl erupted during a panel discussion on terrorism. Since I consider electoral politics the milquetoast equivalent of terrorism, my opening statement was a condemnation of voting. My arguments were aimed at libertarians who consider themselves anarchists yet jump to their feet in ebullient applause upon hearing that a fellow libertarian wants to be a politician. In the two raucous hours that ensued, a question was posed: “If you could have cast the deciding vote against Hitler, would you have done so?” I replied, “No, but I would have no moral objection to putting a bullet through his skull.” In essence, I adopted a stronger line – a “plumbline,” as Benjamin Tucker phrased it – on eliminating the Hitler threat.

I consider such a bullet to be an act of self-defense in a manner that a ballot could never be. A bullet can be narrowly aimed at a deserving target; a ballot attacks innocent third parties who must endure the consequences of the politician I have assisted into a position of power over their lives. Whoever puts a man into a position of unjust power – that is, a position of political power – must share responsibility for every right he violates thereafter.

The question then shifted: “If there had been no other strategies possible, would you have voted against Hitler?” This postulated a fantasy world which canceled out one of the basic realities of existence: the constant presence of alternatives. In essence, the question became, “If the fabric of reality were rewoven into a different pattern, would you still take the same moral stand?” Since my morals are derived from my views about reality, it was not possible for me to answer this question. But my first response was to wonder what I would have been doing for the months and years that led to the momentous dilemma of whether to scratch an X beside Adolf’s name. Or did I have no alternatives then either?

I can address only the reality in which I live and, in a world replete with alternatives, I would not vote for or against Hitler. Let me address a more fundamental question: What is the nature of the state? According to Max Weber, a state is an institution that claims a monopoly of force over a geographical area. It is a form of institutionalized power, and the first step in dissecting its essence is to analyze the defining terms “power” and “institution.”

I stress the word “actual” because the power of the state does not rest on its size – the number of laws on the books or the extent of the territory it claims. A state’s power rests on social conditions, such as whether people will obey its laws and how many resources it can command to enforce obedience. A key social condition is how legitimate the state is seen to be. For without the veil of legitimate authority, the people will not obey the state, and it will not long command the resources, such as taxes and manpower, that it needs to live.

In other words, freedom does not depend so much on repealing laws as weakening the state’s authority. It does not depend – as political strategists expediently claim on persuading enough people to vote “properly” so that libertarians can occupy seats of political power and roll back legislation. Unfortunately, this process strengthens the institutional framework that produced the unjust laws in the first place: it strengthens the structure of state power by accepting its authority as a tool of change. But state authority can never strengthen social power.

This brings up the issue of institutional analysis. People apply the word “institution” to such wide-ranging concepts as “the family,” “the free market,” “the church,” and “the state.” An institution is any stable and widely-accepted mechanism for achieving social and political goals. To a great extent, these institutions function independently of the good or bad intentions of those who use them. For example, as long as everyone respects the rules of the free market, it functions as a mechanism of exchange. The same is true of the state. As long as everyone respects its rules – voting, going through state channels, obeying the law – it functions as a mechanism of social control.

F.A. Hayek popularized the notion of unintended consequences, observing that conscious acts often produce unforeseen results. This explains why good men who act through bad institutions will produce bad results. Good men acting through the state will strengthen its legitimacy and its institutional framework. They will weaken social power. Ultimately, whether or not they repeal any particular law becomes as irrelevant to producing freedom as their intentions.

So, returning to the question of voting for Hitler: purely for the sake of argument, I’ll grant the possibility that I could morally cast a ballot. Yet even then, I would still refuse to vote against him. Why? Because the essential problem is not Hitler, but the institutional framework that allows a Hitler to grasp a monopoly on power. Without the state to back him up and an election to give him legitimized power, Hitler would have been, at most, the leader of some ragged thugs who mugged people in back alleys. Voting for or against Hitler would only strengthen the institutional framework that produced him – a framework that would produce another of his ilk in two seconds. Killing Hitler does less damage. But it – like voting – is an admission of utter defeat. Resorting to brute force means that all avenues of social power have been destroyed and I have been reduced to adopting the tactics of the state. Under tyranny, such violence might be justified as long as I could avoid harming innocent third parties. In these circumstances, however, voting could not be justified, because there is a third party. No one has the right to place one human being in a position of political power over another. A consistent libertarian can never authorize one human being to tax and control peaceful activities. And the state is no more than the institutionalized embodiment of this authorization.

You cannot help freedom or social power by bowing your head to Leviathan.