permission to use granted by Ben Garrison 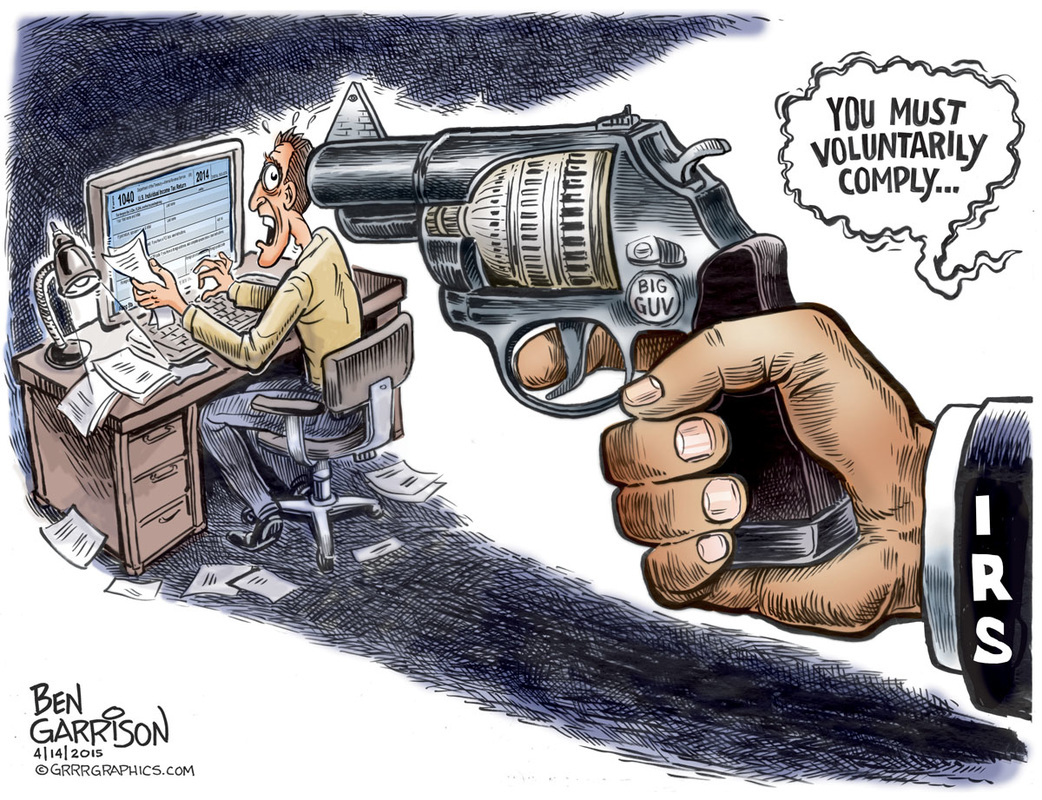 We do not need an income tax. The Federal Reserve does not need your income taxes. They can print as much money as they like. What they do need is your obeisance. They need their slaves to genuflect and pay their respects in the form of a ‘voluntary’ income tax. They require citizens to spend endless man-hours filling out forms they don’t understand and wasting their hard-earned money in order to pay tribute to their globalist masters. The reason the tax code is a so bloated? That’s intentional. They don’t want it to be understood. Nearly everyone who tries to take deductions can be proved to be criminals of a sort because few can understand the code. We’re all guilty until proven innocent and the IRS can seize accounts without due process. That’s tyranny.
​
They call it a ‘voluntary’ tax. Try not volunteering. They might seize your bank accounts. They can take your stuff. They may send their representatives to your door to arrest you and cart you off to prison. If you resist, they can murder you.

Just something to think about as you flush away your money to criminal banksters.