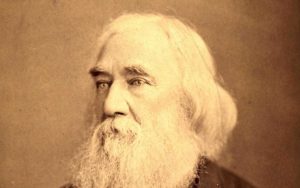 The only law that any human being can rightfully be compelled to obey is simply the law of justice. And justice is not a thing that is made, or that can be unmade, or altered, by any human authority. It is a natural principle, inhering in the very nature of man and of things. It is that natural principle which determines what is mine and what is thine, what is one man’s right or property and what is another man’s right or property. It is, so to speak, the line that Nature has drawn between one man’s rights of person and property and another man’s rights of person and property.

This natural principle, which we will call justice, and which assigns to each and every human being his or her rights, and separates them from the rights of each and every other human being, is, I repeat, not a thing that man has made, but is a matter of science to be learned, like mathematics, or chemistry, or geology. And all the laws,so called, that men have ever made, either to create, define, or control the rights of individuals, were intrinsically just as absurd and ridiculous as would be laws to create, define, or control mathematics, or chemistry, or geology.

Substantially all the tyranny and robbery and crime that governments have ever committed—and they have either themselves committed, or licensed others to commit, nearly all that have ever been committed in the world by anybody—have been committed by them under the pretense of making laws. Some man, or some body of men, have claimed the right, or usurped the power, of making laws, and compelling other men to obey; thus setting up their own will, and enforcing it, in place of that natural law, or natural principle, which says that no man or body of men can rightfully exercise any arbitrary power whatever over the persons or property of other men.

There are a large class of men who are so rapacious that they desire to appropriate to their own uses the persons and properties of other men. They combine for the purpose, call themselves governments, make what they call laws, and then employ courts, and governors, and constables, and, in the last resort, bayonets, to enforce obedience.

There is another class of men, who are devoured by ambition, by the love of power, and the love of fame.

They think it is a very glorious thing to rule over men; to make laws to govern them. But as they have no power of their own to compel obedience, they unite with the rapacious class before mentioned, and become their tools. They promise to make such laws as the rapacious class desire, if this latter class will but authorize them to act in their name, and furnish the money and the soldiers necessary for carrying their laws, so called, into execution.

Still another class of men, with a sublime conceit of their own wisdom, or virtue; or religion, think they have a right, and a sort of divine authority, for making laws to govern those who, they think, are less wise, or less virtuous, or less religious than themselves. They assume to know what is best for all other men to do and not to do, to be and not to be, to have and not to have. And they conspire to make laws to compel all those other men to conform to their will, or, as they would say, to their superior discretion. They seem to have no perception of the truth that each and every human being has had given to him a mind and body of his own, separate and distinct from the minds and bodies of all other men; and that each man’s mind and body have, by nature, rights that are utterly separate and distinct from the rights of any and all other men; that these individual rights are really the only human rights there are in the world; that each man’s rights are simply the right to control his own soul, and body, and property, according to his own will, pleasure, and discretion, so long as he does not interfere with the equal right of any other man to the free exercise and control of his own soul, body, and property. They seem to have no conception of the truth that, so long as he lets all other men’s souls, bodies, and properties alone, he is under no obligation whatever to believe in such wisdom, or virtue, or religion as they do, or as they think best for him.

This body of self-conceited, wise, virtuous, and religious people, not being sufficiently powerful of themselves tomake laws and enforce them upon the rest of mankind, combine with the rapacious and ambitious classes before mentioned to carry out such purposes as they can all agree upon. And the farce, and jargon, and babel they all make of what they call government would be supremely ludicrous and ridiculous, if it were not the cause of nearly all the poverty, ignorance, vice, crime, and misery there are in the world.

Of this latter class—that is, the self-conceited wise, virtuous, and religious class—are those woman suffrage persons who are so anxious that women should participate in all the falsehood, absurdity, usurpation, and crimeof making laws, and enforcing them upon other persons. It is aston­ishing what an amount of wisdom, virtue, and knowledge they propose to inflict upon, or force into, the rest of mankind, if they can but be permitted to participate with the men in making laws. According to their own promises and predictions, there will not be a single natural human being left upon the globe, if the women can but get hold of us, and add their power to that of the men in making such laws as nobody has any right to make, and such as nobody will be under the least obligation to obey. According to their programme, we are to be put into their legislative mill, and be run through, ground up, worked over, and made into some shape in which we shall be scarcely recognized as human beings. Assuming to be gods, they propose to make us over into their own image. But there are so many different images among them, that we can have, at most, but one feature after one model, and another after another. What the whole conglomerate human animal will be like, it is impossible to conjecture.

In all conscience, is it not better for us even to bear the nearly unbearable ills inflicted upon us by the laws already made,—at any rate is it not better for us to be (if we can but be permitted to be) such simple human beings as Nature made us,—than suffer ourselves to be made over into such grotesque and horrible shapes as a new set of lawmakers would make us into, if we suffer them to try their powers upon us?

The excuse which the women offer for all the laws which they propose to inflict upon us is that they themselves are oppressed by the laws that now exist. Of course they are oppressed; and so are all men—except the oppressors themselves—oppressed by the laws that are made. As a general rule, oppression was the only motive for which laws were ever made. If men wanted justice, and only justice, no laws would ever need to bemade; since justice itself is not a thing that can be made. If men or women, or men and women, want justice, and only justice, their true course is not to make any more laws, but to abolish the laws—all the laws—that have already been made. When they shall have abolished all the laws that have already been made, let them give themselves to the study and observance, and, if need be, the enforcement, of that one universal law—the law of Nature—which is “the same at Rome and Athens”—in China and in England—and which man did not make.Women and men alike will then have their rights; all their rights; all the rights that Nature gave them. But until then, neither men nor women will have anything that they can call their rights. They will at most have only such liberties or privileges as the laws that are made shall see fit to allow them.

If the women, instead of petitioning to be admitted to a participa­tion in the power of making more laws, will but give notice to the present lawmakers that they (the women) are going up to the State House, and are going to throw all the existing statute books in the fire, they will do a very sensible thing,—one of the most sensible things it is in their power to do. And they will have a crowd of men—at least all the sensible and honest men in the country to go with them.

But this subject requires a treatise, and is not to be judged of by the few words here written. Nor is any special odium designed to be cast on the woman suffragists; many of whom are undoubtedly among the best and most honest of all those foolish people who believe that laws should be made.

Next up:  We Have to Do Something! by John Pugsley